What Do I Do If I Hate My Son’s Girlfriend? 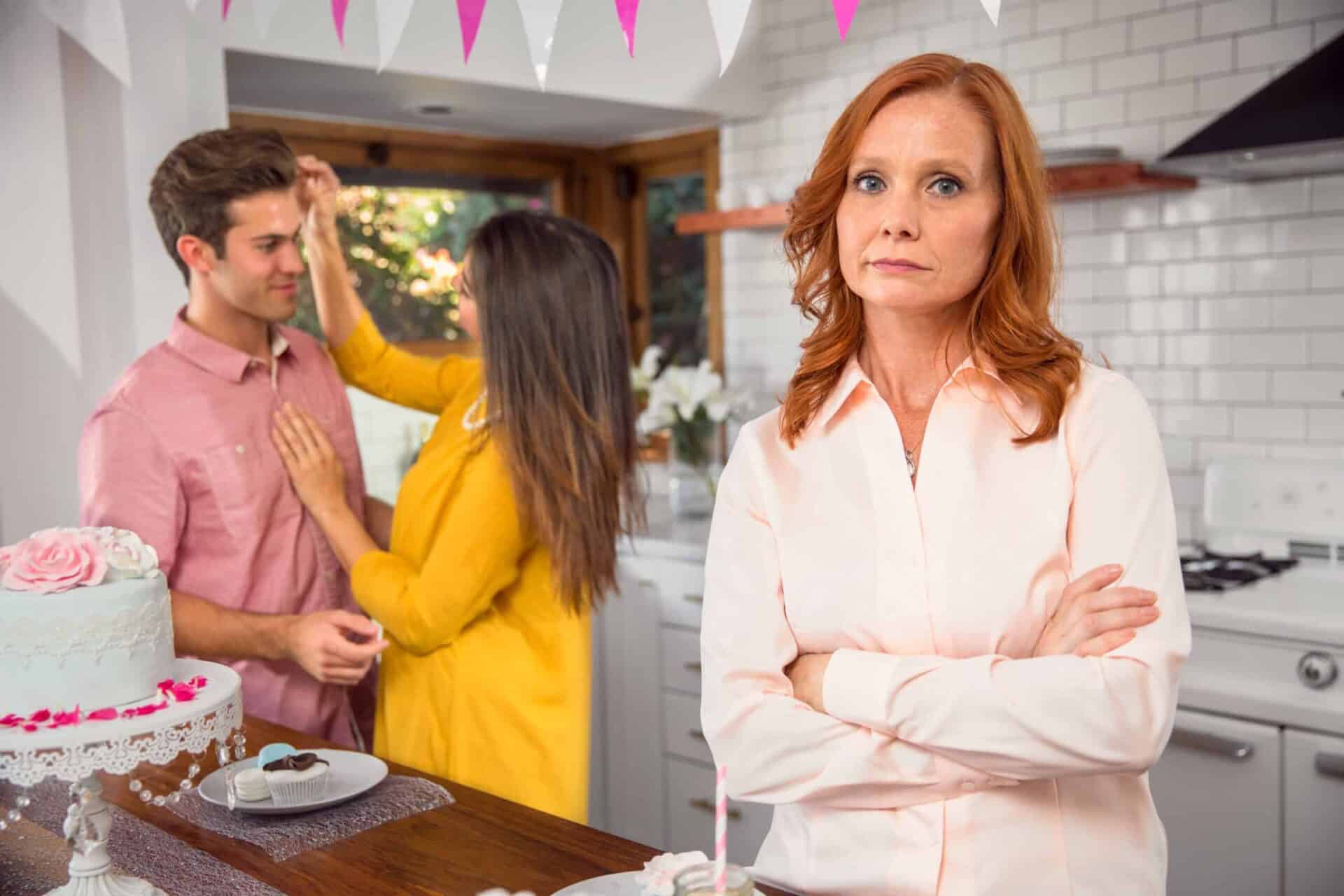 From a bad first impression to a lasting feud, here’s what to do if you don’t like your son’s significant other.

Your gut reaction might be fierce if you think your son’s making poor choices. But, if you react the wrong way, you’ll drive a wedge between you and your son.

Here’s what to do if you don’t like your son’s girlfriend.

Before you talk to your son, you should sit with it. Ask yourself:

→ Why do you feel this way?
→ Are there any personal biases at play?

This is a chance to check yourself. While you might have good reasons to dislike your son’s girlfriend, but you might be influenced by your own background. It can be easier to keep an open mind if you recognize the root of your gut reaction.

If your dislike is based on red flags of an unhealthy relationship or something less specific, your next steps are the same.

While you might easily see the red flags of an unhealthy relationship, your son may not. Especially for a teenaged son in high school, this might be a learning process. But, ultimately it is their life.

You might feel the response is different for a 16-year old son, but ultimately it’s best to support your child’s choice, either way. Though, for young adults or high school-aged children, you can introduce more subtle limitations and supervision.

Don’t forbid the relationship. An ultimatum will drive that wedge between yourself and your son. Plus, it can backfire. Often, a forbidden relationship is romanticized. Instead, let them make their own decisions.

Young relationships in high school usually end in a breakup, anyways. So, to an extent, you can wait it out. If the relationship is straining their mental health, provide support. But, always maintain a neutral view of the relationship and keep the lines of communication open.

When issues arise, ask if they’d like to talk. If not, respect their decision. It’s hard to watch a loved one in a relationship they don’t deserve, but respect for their own decisions now means you can be there for them in the future, too. Otherwise, an ultimatum now may just create a distance that doesn’t disappear after an impending break up.

Young Adult and Beyond

For your adult child, you have even less influence. It’s even easier for the lines of communication to collapse if your opinion strains this new relationship. Keep an open mind and try to connect.

I hear you though: “But he’s making poor choices!” and “Healthy relationships aren’t like that!” You might be 100% right, but it’s his life. Teenagers want to learn and navigate life for themselves, just like adults do. Focus on your love and support for your son rather than your dislike of this new relationship.

In the long run, this will pave the way for a better relationship with a daughter-in-law or to support your son after a break up.

Talk to Them About their Significant Other

Oftentimes, if there’s tension about a loved one’s relationship you can default to avoid the topic, but that leaves the issue to fester. Instead, open lines of communication wider to try and find a way to see their perspective.

Show interest in his new girlfriend. Make sure this is with genuine interest. Don’t make questions into a trap to try and “gotcha” them into saying something negative.

Try to see their new girlfriend through their eyes. It might soften your bad first impression. But, even if not, it can lend you empathy as you navigate this time with your son.

Bring the New Girlfriend In

It might feel counterintuitive to actively support young women you see as a bad influence or impact on your son’s well-being. However, young people especially will often cut communication if that relationship isn’t supported.

Plus, you may move past your initial impression and find that your son’s girlfriend isn’t so bad.

Either way, bridge the gap to try and create a more positive connection.

Invite Them for Family Outings

Keep family members connected with the new relationship by extending invitations. Whether your son’s in high school or not, involve the new girlfriend.

For teenagers, inviting your son’s girlfriend can be a chance to add supervision to their time together.

For your adult child, inviting your son’s girlfriend or your daughter-in-law will show your support of his decision. It’s a non-verbal cue to say“I respect your choice.” and “I’m trying.”

Make sure that this invitation goes beyond just the invite. Be kind and positive when they are there and bring them into action.

Make an Effort When You Get Together

Put yourself in her shoes. Do you remember the stress of impressing your partner’s mother and family? Be welcoming and pave the way for connecting with her. Invitations will backfire if the time spent together is off-putting or alienating.

Show that she’s welcome to visit with a gesture, compliment, or straightforward invitation.

Make it clear that she’s wanted. If you’re making plans in person, invite her directly. At the start of an outing, greet her directly. Compliment her or ask her about herself.

If you’re uncomfortable with a new relationship, it’s natural to talk to your son’s girlfriend through him (who you’re comfortable with), but that’s alienating on the receiving end.

Talk to her about herself, not just your son.

Keep these questions light-hearted and easy to answer to ease into the conversation. Use

context for natural conversation, but opt for soft questions like these:

→ Have you been to [family vacation spot or dinner location] before?
→ Do you guys have any pets at home?
→ Do you also have [teacher]?
→ How do you like working at [workplace]?

Even something as simple as finding you are both subscribers to a certain Youtuber can create a connection. When she talks, listen actively. Remember your son’s perspective about why he likes her and try to find your own reasons, too.

Humor is the great equalizer. Share funny stories about your son. Bust out family photo albums. But, try to be aware of inside jokes. Strive to make her feel included, not othered. And, make sure your son’s comfortable with what you share. A little light-hearted embarrassment can be fun, but too much can backfire.

Around an event invitation, share your cellphone number for a less stressful way for her to potentially reach out.

Keep in mind, it might be uncomfortable for her to connect on social media, which is likely a place for her to interact with her own friends and age group, but taking the conversation to a cellphone might lessen the stress.

→ Text her about plans she’s included in so she’s in the loop and on equal footing.
→ Text her on her birthday or a special anniversary for work that’s been mentioned previously.
→ Text her when your son’s birthday is coming up to include her in planning to accommodate any of her own plans.

So, what to do if you don’t like your son’s girlfriend?

Ultimately, if your son’s new girlfriend makes him happy, that should make you happy. Remind yourself of that often and if you find no other common ground, make that where you stand.

This article is not in reference to an abusive situation. If you suspect the relationship is abusive, connect with the National Domestic Violence Hotline (1-800-799-SAFE) to make a plan with your teen on how to proceed. Even in an abusive situation, don’t try to take control. Collaborate with your son and outside resources for a strategic plan that puts the power in their hands.

Get The Well-Rested Woman: 25 Tips for Better Sleep.
This is the only content we will ever publish that will put you to sleep. We pinky promise.