19 Movies to Watch This Fall 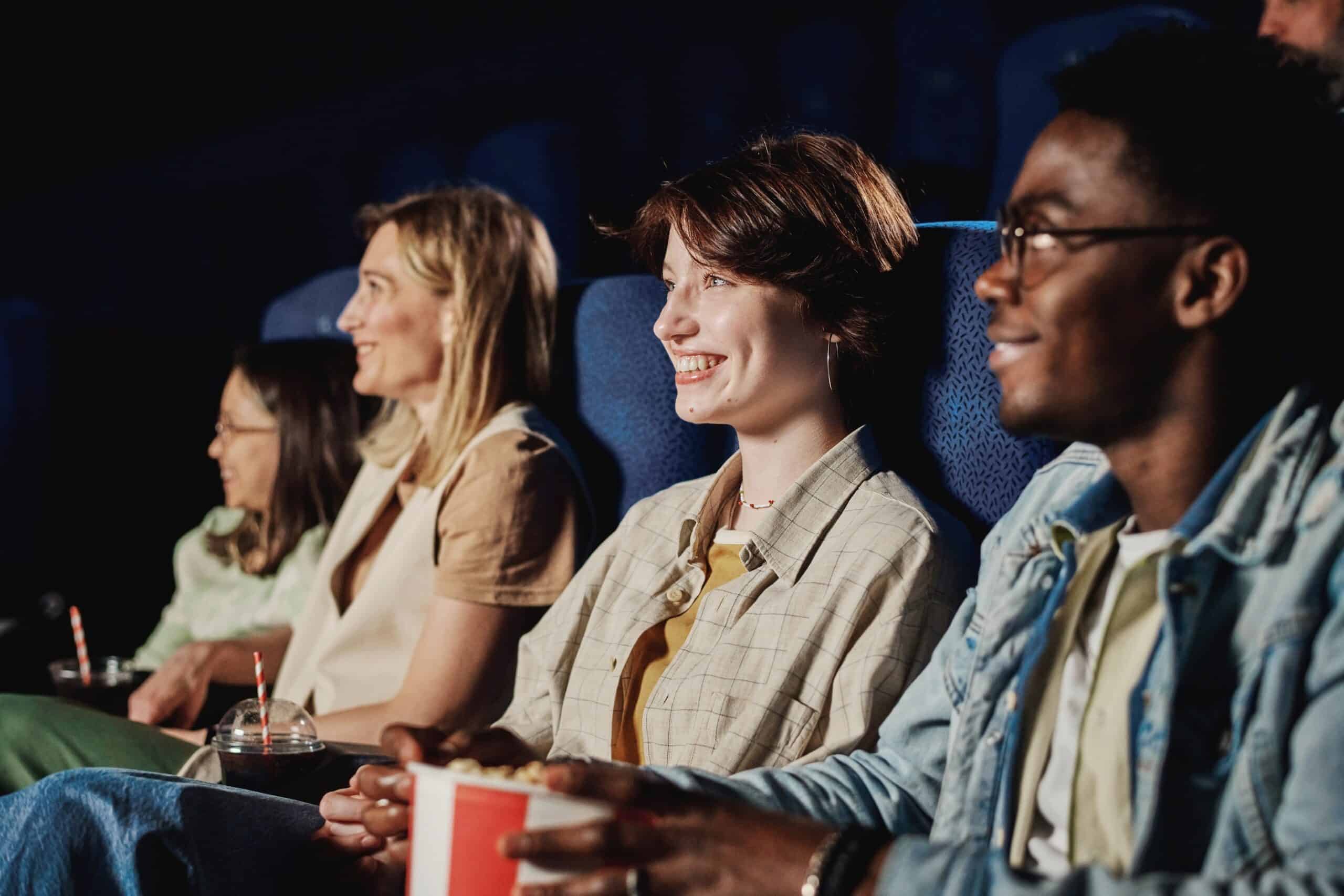 Cold weather presents the perfect moment to tuck into the couch or cozy up in a theater with Fall 2022’s new releases. Once you’ve watched the long-awaited Hocus Pocus 2 for nostalgia’s sake, there’s a long list of new movies to watch in every genre.

Each film includes the release date, including some out now so you don’t have to wait to watch.

Honk for Jesus – Out Now!

Starring Regina Hall and Sterling K. Brown, Honk for Jesus. Save Your Soul is a satirical comedy parodying organized religion. Together, Christian power couple Pastor Lee-Curtis Childs and Trinitie Childs attempt to re-open their church and rebuild a congregation after a scandal.

Funny from the start, critics disagree on whether the movie finishes strong, but the laughs at the start are worth the watch. Since its premiere at the Sundance Film Festival, the film is streamable on Peacock.

The Banshees of Inisherin – October 12

Starring Colin Farrell and Brendan Gleeson, The Banshees of Inisherin takes place on a remote island off the Irish coast following lifelong friends Padraic and Colm during a sudden tension. While dramatic, it’s a dark comedy at its core.

Critics love this film with a rare 100% rating on Rotten Tomatoes. It’s slapstick, funny, yet dark. Some even claim it to be Martin McDonagh’s best work.

The Good House – Out Now!

Starring Sigourney Weaver and Kevin Kline, The Good House follows a wry New England realtor in a cinematic interpretation of Ann Leary’s novel of the same name. In rekindling a romance with her ex and high-school flame, she ends up entangled in another person’s mess.

So far, critics give it mixed reviews, but consistently love Weaver’s performance.

Starring George Clooney and Julia Roberts as parents, Ticket to Paradise depicts two exes reunited to try and stop their daughter from rushing into marriage and making a mistake.

Early critiques find the movie a little run-of-the-mill for a feel-good romantic comedy but Clooney and Roberts carry the show with their chemistry and charm.

See How They Run – Out Now!

Starring Sam Rockwell and Saoirse Ronan, See How They Run teleports us to London’s West End in the 1950s when an anticipated smash-hit play grinds to a halt after a crew member is murdered. Inspector and rookie pair take to the case in a comedic, thrilling whodunit.

Reminiscent of Knives Out in leaning into Agatha Christie-style mysteries, See How They Run toes the line between parody and copy that has mixed, but largely positive, critiques. If you loved Knives Out, don’t miss Glass Onion: a Knives Out mystery releasing in late December.

Starring a cast of familiar faces in Christian Bale, Margot Robbie, Taylor Swift, and Anya Taylor-Joy, Amsterdam is a comedic thriller. Set in 1933, three friends find themself at the center of a secret plot.

Despite the super-star cast, critics question the success of the film, but the plot is fast-paced and the aesthetics dazzle.

Depicting the shattered silence around sexual assault in Hollywood, this movie is expected to be dramatically moving.

Starring Cate Blanchett as Lydia Tár, a groundbreaking conductor in German Orchestra. Depicting Tár’s career at its peak, the film is a dramatic examination of power and fame’s ability to unravel under pressure.

Critics rave so far about Blanchett’s acting and the combination of terse drama and dry comedy.

Starring Ana de Armas and Adrien Brody in a biopic drama of Marilyn Monroe’s rise in fame from her childhood as Norma Jeane into her iconic persona as Marilyn. Blonde is a dramatic retelling intermixing fact and rumor.

Reviews skew negative with a variety of observations on how the film depicts Marilyn Monroe and the motivations behind it. I’ll be watching to draw my own conclusions…

Starring Hugh Jackman as busy father Peter, The Son spotlights a family with a new son. Tensions arise when Peter’s ex-wife arrives with their troubled teenage son and families (old and new) clash.

Hugh Jackman carries the film, a dark, emotional drama with mixed critiques on its success.

Written and directed by Steven Spielberg, Fabelmans tells the story of young Sammy Fabelman as a child falling in love with cinema upon watching “The Greatest Show on Earth.” It’s a drama blending with a memoir that showcases filmmaker Spielberg in action. With a star cast of Paul Dano, Seth Rogen, Michelle Williams, and Judd Hirsch, it’s semi-autobiographical.

Early critics call out numerous highlights throughout the film from the nostalgia depicted to the grand themes of cinema itself. It’s a must-watch for any Spielberg fan.

Directed by Olivia Wilde and starring stars Florence Pugh and Harry Styles, Don’t Worry Darling is highly anticipated. The film centers on Alice and Jack, a young married couple in the idealized community of Victory which houses all the employees of the top-secret Victory Project. Day-to-day with the other wives in the neighborhood, Alice starts to notice cracks in the perfect facade.

After so much press due to social scandals, critics have mixed thoughts on the film itself, but the fan audience gives it much higher marks.

Starring Harry Styles, Emma Corrin, and David Dawson, My Policeman features a forbidden love constricted by social conventions in 1950s Britain. Based on the book by Bethan Roberts, this Prime Video will hit theaters for a limited release before streaming on Amazon.

Beyond the emotional story itself, critics love the film’s costume and production design that transport us solidly back in time.

A Jazzman’s Blues – Out Now!

New to Netflix, A Jazzman’s Blues tells a coming-of-age story of forbidden love and familial tension against a soundtrack of juke-joint blues.

Starring Danielle Deadwyler and Jalyn Hall in a cinematic telling of Till Mobley’s pursuit for justice after her son, Emmett Till, was brutally lynched in Mississippi. Centered on the story of a mother turning grief into action, we see a deeper perspective on a familiar tragedy.

Early critiques praise Deadwyler’s stunning performance in an intense, emotional role. If you’re up for a somber film, it’s a must watch.

Everything Everywhere All at Once – Out Now!

Starring Michelle Yeoh, Everywhere Everywhere All at Once is perhaps the best-received movie we’ve seen yet this year. It tells the story of an unlikely hero pushed to action by an interdimensional rupture.

Everything Everywhere All at Once has already garnered serious praise. Don’t miss it.

The Woman King – Out Now!

Starring Viola Davis, The Woman King is inspired by a true story from the African Kingdom of Dahomey in the 1800s. Agojie, an all-female unit of warriors, train and are ready for a battle they’re unlikely to win.

Critics already love the spectacle, performance, and storytelling of this historic story brought to life on the screen.

Starring Dwayne Johnson as Black Adam, an ancient power who’s released from imprisonment after 5,000 years to start the film. The film is inspired by the DC Comics that spun off from Shazam!

For an engaging, superhero-style action, Black Adam is a must-see. It doesn’t ask much as an audience member, just sit back and enjoy. This is the perfect film to watch while waiting for Marvel’s Black Panther: Wakanda Forever, starring Chadwick Boseman as T’Challa and Angela Bassett as Ramonda, to release. It’s a similar, comic-style action.

Starring Chris Pratt, Laura Dern, and Jeff Goldblum, the newest installment in the Jurassic Park universe acts as the epic conclusion to a film franchise that’s spanned two generations, it’s all the fun and excitement you expect from Jurassic Park.

Critics and early viewers alike have mixed reviews, which isn’t uncommon this long into a series, but everyone agrees Goldblum shines.

After a long drought of major cinema due to the pandemic pause on production, this fall is packed with a series of flicks to watch in the theater and at home alike. Come late November and December, there’s even more to watch with Avatar: The Way of Water with Zoe Saldana, Strange World, A Man Called Otto with Tom Hanks, and The Menu releasing. So cuddle up and get watching! 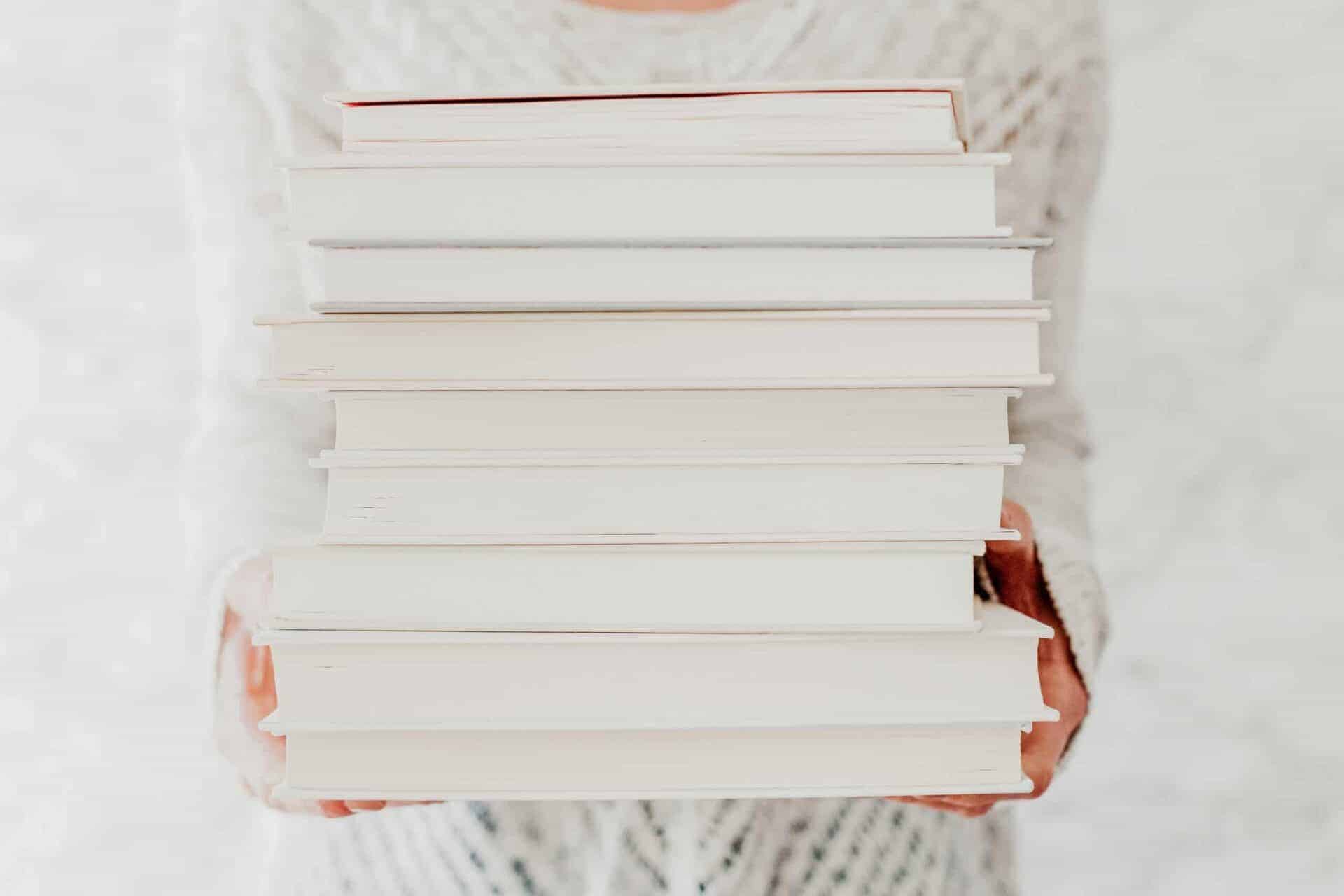 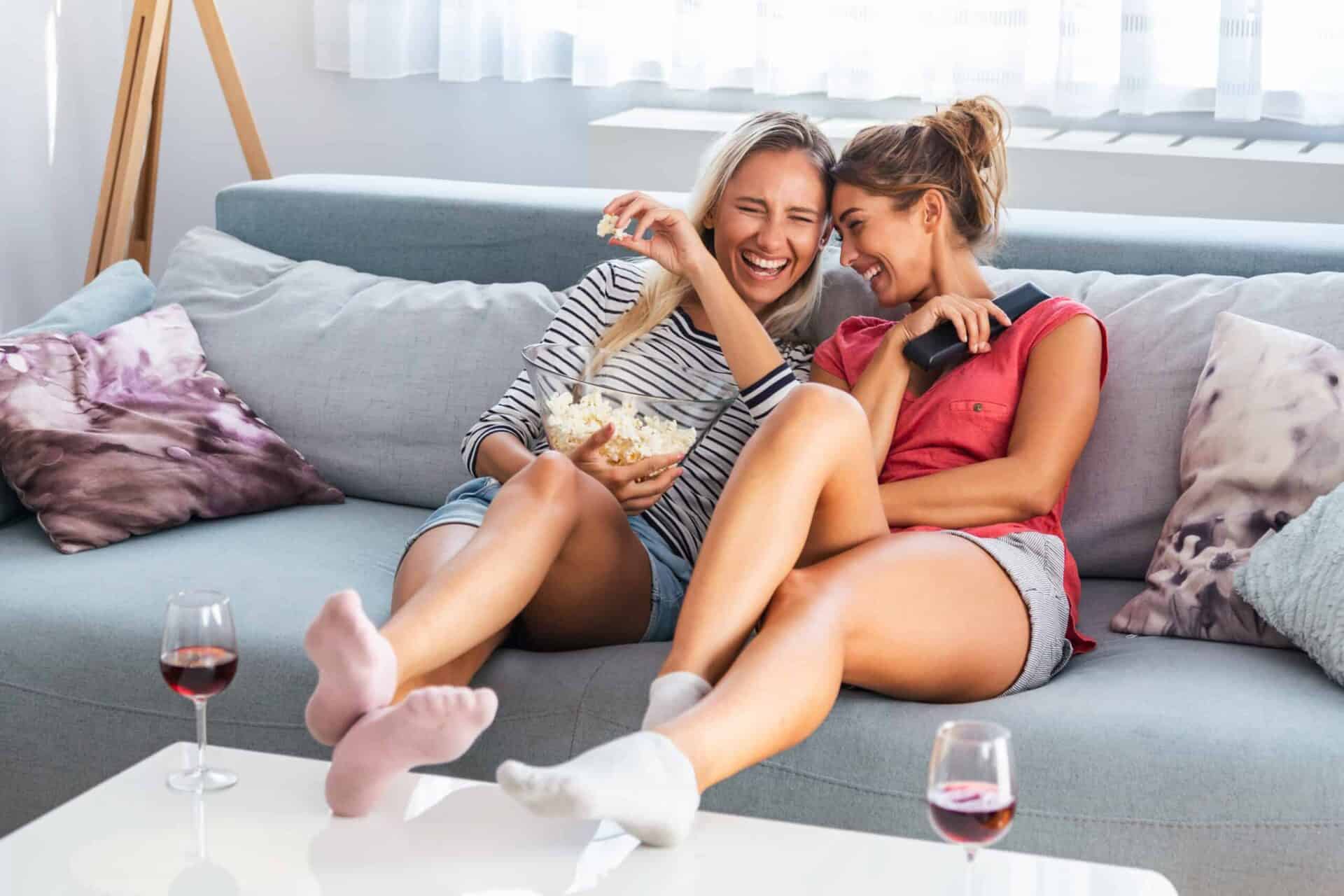 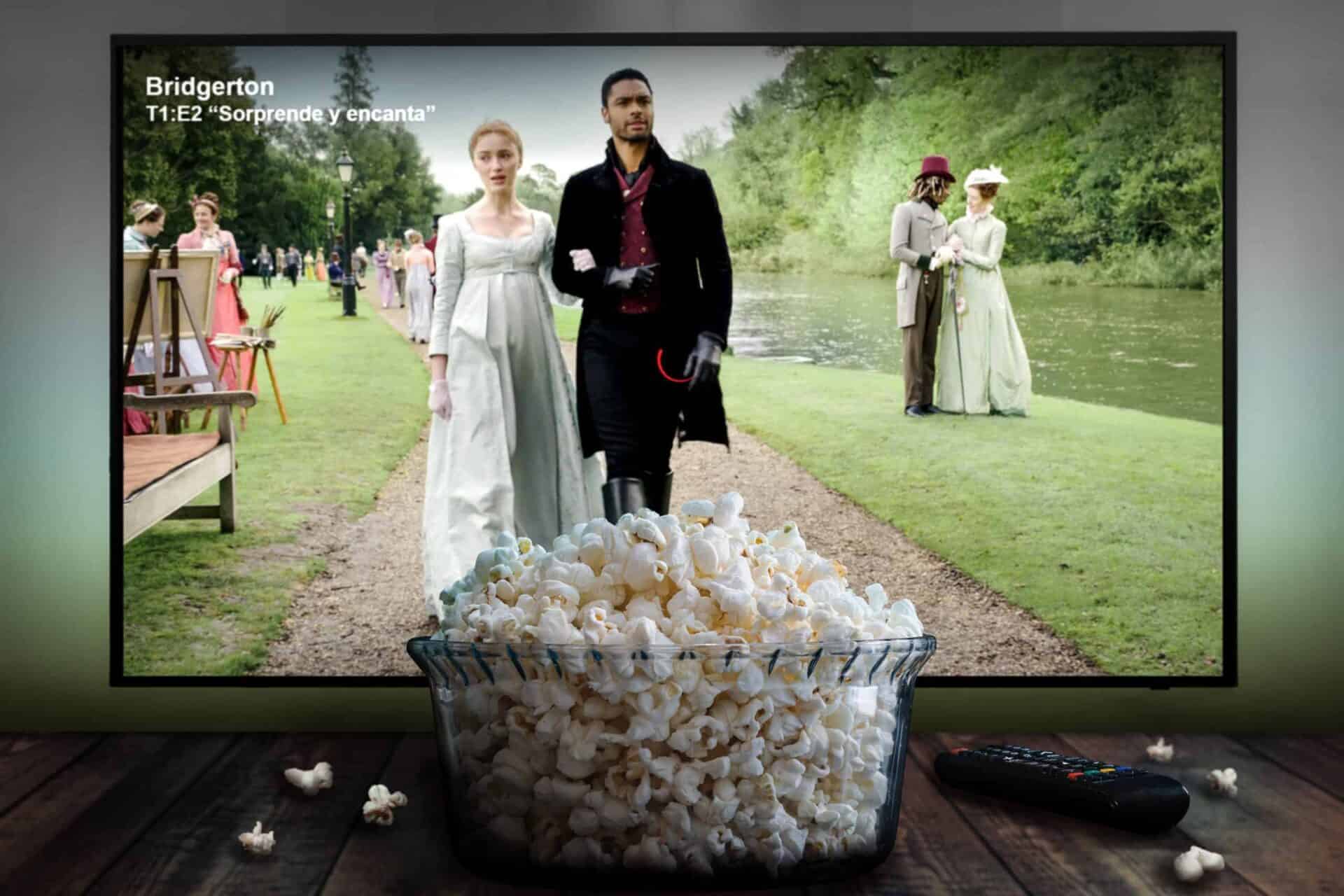